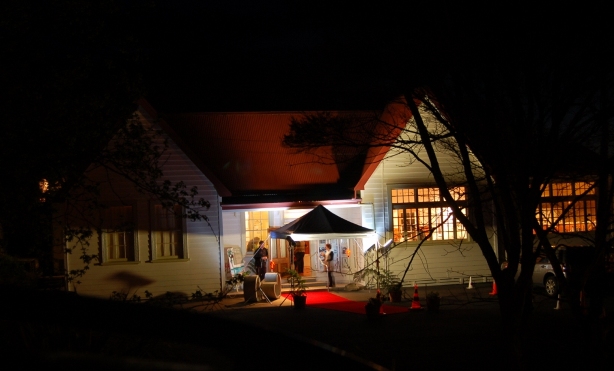 You've still got time to book your accommodation!

The Raglan Old School will be rolling out the red carpet on Saturday 24 September for the annual Raglan Film Festival Awards. This year, several new categories have been created, with eight awards in total up for grabs.

In the running for Best Action Film is Billy Lee Pope for Old Toast, Ariana Livingstone for Being An Equestrian and Vincent Ledger for The Chase.

Kevin George’s Maui Dolphins – The Resurrection is a nominee for Best Environmental Film, alongside Andy Duggan for Get A Bag and Alison Teal for Daniel Kereopa.

In contention for the Best Young Performers award are Ocean Burke and Nikau Pinfold in Maui Dolphins – The Resurrection, Joshua Alexander and friends in Dr Who – The Weeping Angels and Tom Hannon and Hayz Hobson in The Chase. Dr Who is also vying for the Best Young Talent award, alongside Being An Equestrian and Whaingaroa Youth Movement’s Outside In.

Extracts from selected RAFFA films will be screened before main feature films throughout the Raglan Film Festival, which runs from 16 -24 September at the Raglan Old School, and at the Red Carpet Awards night on Saturday 24 September